What is a Phase Change Material(PCM)

Most pure substances change phase between a liquid, a solid and/or gas, at some temperature (and pressure). A PCM is a non-scientific expression which refers to any substance which has a single “sharp” melting point and a sufficiently large latent heat of fusion that makes it of interest as a potential heat energy store.

A simplification of the theory:

When heat energy is applied to (or removed from) a mass of substance, it is most usually associated with an increase (or reduction) in the temperature of that mass of substance. Every substance has a characteristic heat capacity (or specific heat) which quantifies the amount of energy that is required to change a given mass of that substance by one degree (a standard unit is kJ/kgoC).

The same amount of heat energy required to completely melt 1 kilogram of ice at 0oC, is sufficient to increase the temperature of 1 kilogram of water from 0oC to 80oC. 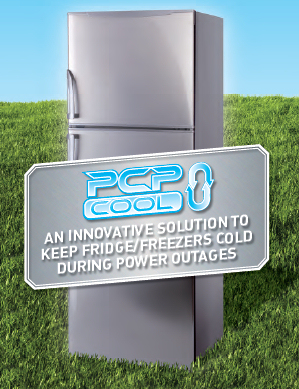 If you have an issue viewing this file, please right click here and select "save link as"

Designed by Zap IT.